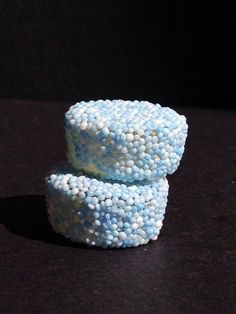 As a child I had an eccentric honorary auntie (doesn’t everyone?). She liked tall drinks and even taller tales. She once told me I had a chin like Audrey Hepburn. Incidently she knew this because Audrey used to come round her house for tea when she lived in her native Belgium. Or so she said. She called everyone Darlink in her thick accent, as she fussed over her guests, cooking them meatballs and setting out an endless array of Tupperware tubs filled with snacks.

During one visit we were asked if we would like some liquorice allsorts. I’m thinking I was about eight at the time and my little brother six. We smiled and nodded. A trip to auntie’s house was always one long treat. I’ve just put some in fresh this morning Darlinks she told us as she lifted a large jar down from the windowsill. I wonder if she told Audrey Hepburn the same thing. Horror dawned as we realised they were certainly not “fresh”. The whole jar had been bleached white in the sun. Me and my brother glanced at each other and then at our parents, who gave us “the look”. You know, the one that says Don’t say a word.

We all love affirmation which is why I enjoyed reading this article about Jack Welch’s new book while I was half way through writing this blog. “We have an innate instinct that tells us from a young age” says Welch, “To prevent awkwardness and avoid hurting feelings”

Just like the liquorice incident, a lot of people are brought up with the dichotomy of being taught to always tell the truth, yet on the other hand, that “white lies” are acceptable. Yet it’s not parenting, but culture that demands this difficult balance. Unfortunately it’s easier as a child (perhaps as we are among friends and family) to accept the implications of stepping outside the social norm. We aren’t going to lose the love of parents pretty much no matter what the truth is. We might lose our job though, in a particular type of culture.

Therefore then, like parents, we need to be prepared to hear the truth from our staff, in fact we must demand it. Yes it takes courage, but perpetuating the lie is bad news for everyone. We need to point out what’s gone bad, rather than disguise it as fresh and new. Trust me, you can taste the difference.

One thought on “The Liquorice Dilemma”