One of the modules I teach involves the use of case studies to bring key Human Resources issues to life. A recent theme was learning and development, with one of the questions asking students to think about learning via networks. This generated some confusion. Isn’t networking about circulating a room, making uncomfortable small talk and handing out your business card? Where is the learning in that?  END_OF_DOCUMENT_TOKEN_TO_BE_REPLACED

First of all apologies for paraphrasing the title of what must be this century’s worst successful book, if not ever. Neither is it particularly original, but then what is? I’m more sorry that via the existence of this blog post I’m going to have to admit that I’ve read the darn thing, if only to see what all the fuss was about.  END_OF_DOCUMENT_TOKEN_TO_BE_REPLACED

My day is hardly ever complete without reading and sharing a thought-provoking HR article on my Twitter feed. I have various reasons for sharing – mainly because I’ve enjoyed them and think my peers will too. Sometimes it’s because they have interesting new ideas that I might want to try or consider further. I don’t really use my feed as a platform to criticise or decry particular articles because this doesn’t really fit with my generally positive outlook. However, yesterday was different. END_OF_DOCUMENT_TOKEN_TO_BE_REPLACED

My interest in how the mind works has it’s unfortunate roots in the fact that my mother was struck with incurable brain cancer. Her rapid deterioration into a childlike state would have been fascinating had it not been devastating. This in itself underlined the extreme delicacy of our internal systems which may, unbeknown to us, be working to destroy us at this very moment. Alongside this, the pervading reality that the mind is everything. It is our only reality. The brain is responsible for memories, imagination, thinking. When it’s functioning well we experience the World as we were meant to. If this vital organ is damaged or impaired it is often very confusing and sometimes even frightening. END_OF_DOCUMENT_TOKEN_TO_BE_REPLACED

Well this is something I never thought I’d say, but the second day of the CIPD Annual Conference took me on an emotional roller coaster. There couldn’t be a more apt demonstration of one of the messages coming over loud and clear from the event – that our emotions affect our behaviour and we’re motivated by the way we feel.

First up, Laughology (best session title ever) provided for me the answers to the first day’s session by Nick Chater (Warwick University) on understanding behavioural science. Nick talked about the uniquely human action of following unwritten rules. Anything that’s out of the ordinary basically annoys us, hence the reason why we don’t like change. Humans like things to co-ordinate, which results in physical mirroring. While coordination and cooperation are essential to team working and culture, they can also significantly undermine innovation. Our current behaviour is built on layers and layers of past experience – we do something well and we repeat it. Over and over again. The best case scenario is proficiency. The worst is a blockage and resistance to anything new.

Stephanie Davies from Laughology taught us how to challenge those rigid ways of thinking and behaving. With simple physical exercises she demonstrated the difficulty of breaking those established patterns of behaviour that Nick talked about. It’s not that humans don’t want to try something new, it’s that they feel embarrassed to make a mistake while trying, so then revert back old behaviours. With positivity we are better equipped to deal with the problems life throws at us and, more powerfully, if we work together in the spirit of good humour, mistakes can be a source of fun, rather than fear. But if getting your CEO’s buy in to such a radical approach is an unsurmountable object, then the next session may be more up your street.

After having laughed more than I had in ages, I waited in the auditorium for the next speaker, Kevin Murray. Within minutes of his talk starting, Kevin demonstrated to us the power of storytelling. I had a lump in my throat as he explained how his daughter had nearly died in a plane crash. I was practically in tears when he told us about getting to the bottom of a problem manager who was a health and safety bully by discovering the reason for his behaviour was that he had once had to explain to a young boy’s parents why their son had been impaled on his site. Once the manager was encouraged to stop shouting and start telling his story instead, the culture was transformed.

Other #CIPD14 sessions, as well as Kevin’s’, noted how modern communication had changed the nature of leadership, meaning actions are constantly under scrutiny. One wrong move, and a company’s share price can plummet, hence why the value of intangible assets had overtaken that of the tangible. With social media, a customer can be tweeting about a problem long before the company is even aware, with possibly devastating consequences. Rita Gunther McGrath, in her keynote speech, had already highlighted the importance of getting problems on the table as soon as possible. Kevin emphasised this and demonstrated the range of communication styles that either help or hinder this approach. What it boiled down to was authenticity, courage and wanting to make a difference and fix problems.

All of Kevin’s insights are from his extensive research, undertaken to answer questions raised by his intense curiosity. He found out why his daughter’s plane nearly crashed, narrowing it down to faulty fuel parts on a production line in Japan. Then he wanted to know why, although none of the leaders he’d worked for were stupid, some failed and some succeeded. His points seemed almost obvious, but fascinated at the same time. His military stories highlighted how a lack of empowerment had led armies to their doom. Instead, a true inspirational leader has a clear vision and enables others to makes decisions within that framework. When you think about the best boss you’ve ever had, it’s never a micro manager. It’s someone who believed in you and inspired you to achieve more than you ever thought possible.

So, human behaviour has a lot to answer for. It can be our biggest downfall, but also has the potential to be our saviour. The techniques needed are actually pretty simple. We just need the courage to embrace them. 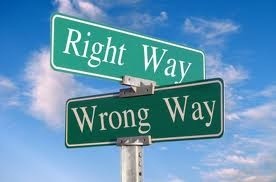 “For too long the focus for leaders and managers has been on actions: what they do to achieve results…we need to shift our view to what leaders and managers are and how they think: their personalities, beliefs and attitudes, which have such an important influence on their behaviour towards those around them.”

END_OF_DOCUMENT_TOKEN_TO_BE_REPLACED

The recent plight of a polar bear called Arturo, stuck in the searing heat of a zoo in Argentina, brought back a vivid memory from my childhood. I’ve only once visited a zoo and the one thing that sticks in my mind is a poor polar bear stuck in a stark enclosure, no more than twenty paces square with no ice and little water. Even a ten year old can spot a mentally ill polar bear, staring forlornly and shaking it’s head over and over in despair. END_OF_DOCUMENT_TOKEN_TO_BE_REPLACED